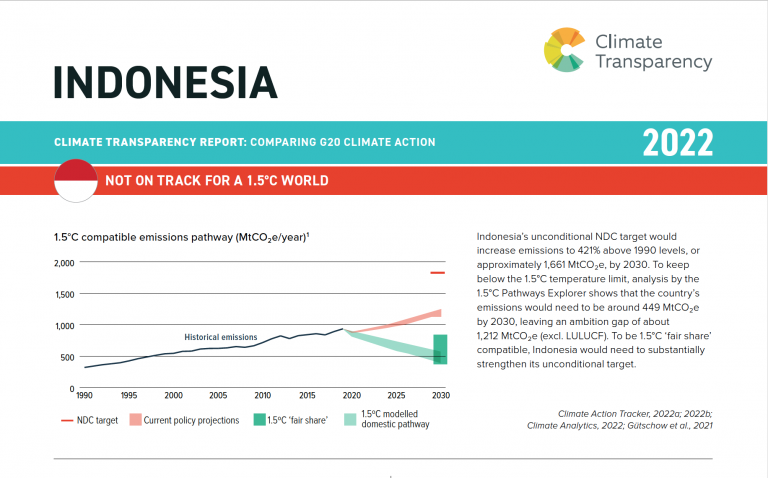 Jakarta – The G20 countries are responsible for 85% of the world’s greenhouse gas (GHG) emissions, so they must take a bigger role in drastically cutting these emissions, according to the latest Institute for Essential Services Reform (IESR) report.

IESR Executive Director Fabby Tumiwa in the launch of the Climate Transparency Report 2022 and webinar “Towards the G20 Summit: Is G20 Climate Action Right?”, Wednesday (9/11), said that “until now there has not been one G20 country that has met the target, including Indonesia as the G20 presidency.” According to the IPCC, globally, the world must cut around 45% of GHG emissions at 2010 levels by 2030.

“The key is to immediately reduce coal-fired power plants and plan to phase out before 2040. Then accelerate the increase in renewable energy to replace fossil energy and encourage energy efficiency,” he added.

Furthermore, Tumiwa said fossil subsidies which are increasing every year hinder the development of renewable energy and energy efficiency. He hopes that at the G20 Summit, President Jokowi can invite G20 countries collectively to take a stance on cutting fossil energy subsidies.

Indonesia does not experience fluctuations in electricity prices due to high gas prices, as in Europe and the UK. Electricity prices in Indonesia are relatively under control because electricity and energy prices are subsidised. This year alone, according to the Ministry of Finance, energy subsidies have increased to Rp 650 trillion. Next year, it is planned that in the draft state budget, energy subsidies will reach Rp 350 trillion.

“While we are trying to cut greenhouse gas emissions, fossil energy subsidies are actually providing incentives to use fossil energy continuously and hindering the development of new renewable energy, as well as efforts to reach energy efficiency,” explained Tumiwa.

Farah Vianda, IESR’s Green Economy Program Officer, similarly said that the government’s commitment to phase out coal-fired power plants and start the transition to environmentally friendly energy, according to the declaration of ‘Global Electric Energy Transition to Clean Energy’ at last COP26, needs to be realised immediately. The Climate Transparency 2022 reveals that the energy transition process must take place fairly, including by accommodating the interests of around 100,000 people who work in the coal industry.

The Climate Transparency 2022 report shows the dominance of 81% of fossil energy in the energy system in Indonesia, and 62% of electricity generation sources come from coal, making the energy sector still the largest contributor to GHG emissions (43%), followed by the transportation sector (25%) in second place in 2021.

The report said Indonesia’s emission intensity in the energy sector has increased throughout the 2016-2021 period by 5.5% to 784.8 gCO2/kWh. This amount is greater than the average emission in the energy sector of the G20 countries during the same period which decreased by 8.1% to 444.7 kWh. This is indicated by the rapid return of economic activity after the pandemic. (Hartatik)

Spending IDR 452.6T for energy subsidies, state budget is in a deficit of IDR 169T
Posted on1 December 2022
Jakarta – Minister of Finance Sri Mulyani Indrawati said that the State Revenue and Expenditure Budget (APBN) as of October 2022 had a deficit of IDR 169.5 trillion or 0.91% ...
Energy transition 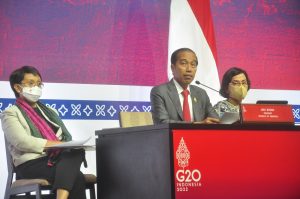 Part 2: JETP, Waiting for transparency
Posted on30 November 2022
by: Hartatik Nusa Dua, Bali – So far there is a lack of transparency regarding the funding composition, the ratio of debt and grants, in the Just Energy Transition Partnership ...
Energy transition 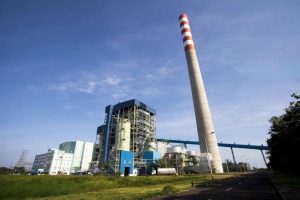 Part 1: JETP, funding solution or debt trap?
Posted on30 November 2022
by: Hartatik Nusa Dua, Bali – I Ketut Mangku Wijana has to endure days of dust and noise pollution from a nearby coal-fired power plant that operates around the clock. ...
Energy transition 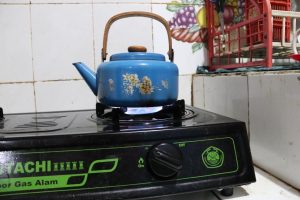 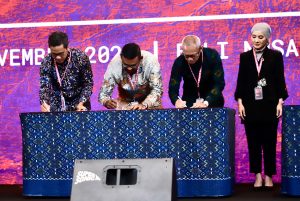 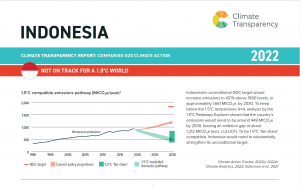 To mitigate climate crisis, G20 needs to cut 45% of GHG emissions by 2030
Posted on10 November 2022
Jakarta – The G20 countries are responsible for 85% of the world’s greenhouse gas (GHG) emissions, so they must take a bigger role in drastically cutting these emissions, according to ...
Climate change 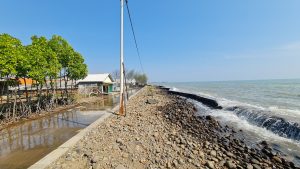 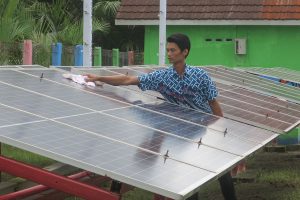 Analysts urge government to issue PV mini-grid instruments
Posted on3 November 2022
Jakarta – Despite showing progress since 2018, the development of solar power plants (PLTS) in Indonesia is relatively slow. Therefore, the government is urged to carry out regulatory reforms so ...
Energy transition 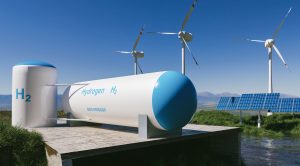 NRE can become foreign exchange to replace fossil energy
Posted on3 November 2022
Jakarta – The development of new and renewable energy (NRE) during the energy transition period could be an opportunity for Indonesia to bring in foreign exchange, according to a Ministry ...
Biofuel 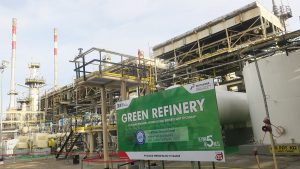 BRIN: The development of nuclear energy in Indonesia is weak
Posted on28 October 2022
Jakarta – National nuclear development is still weak because the government does not yet have a definite policy regarding the construction of nuclear power plants (PLTN), according to a government-led ...